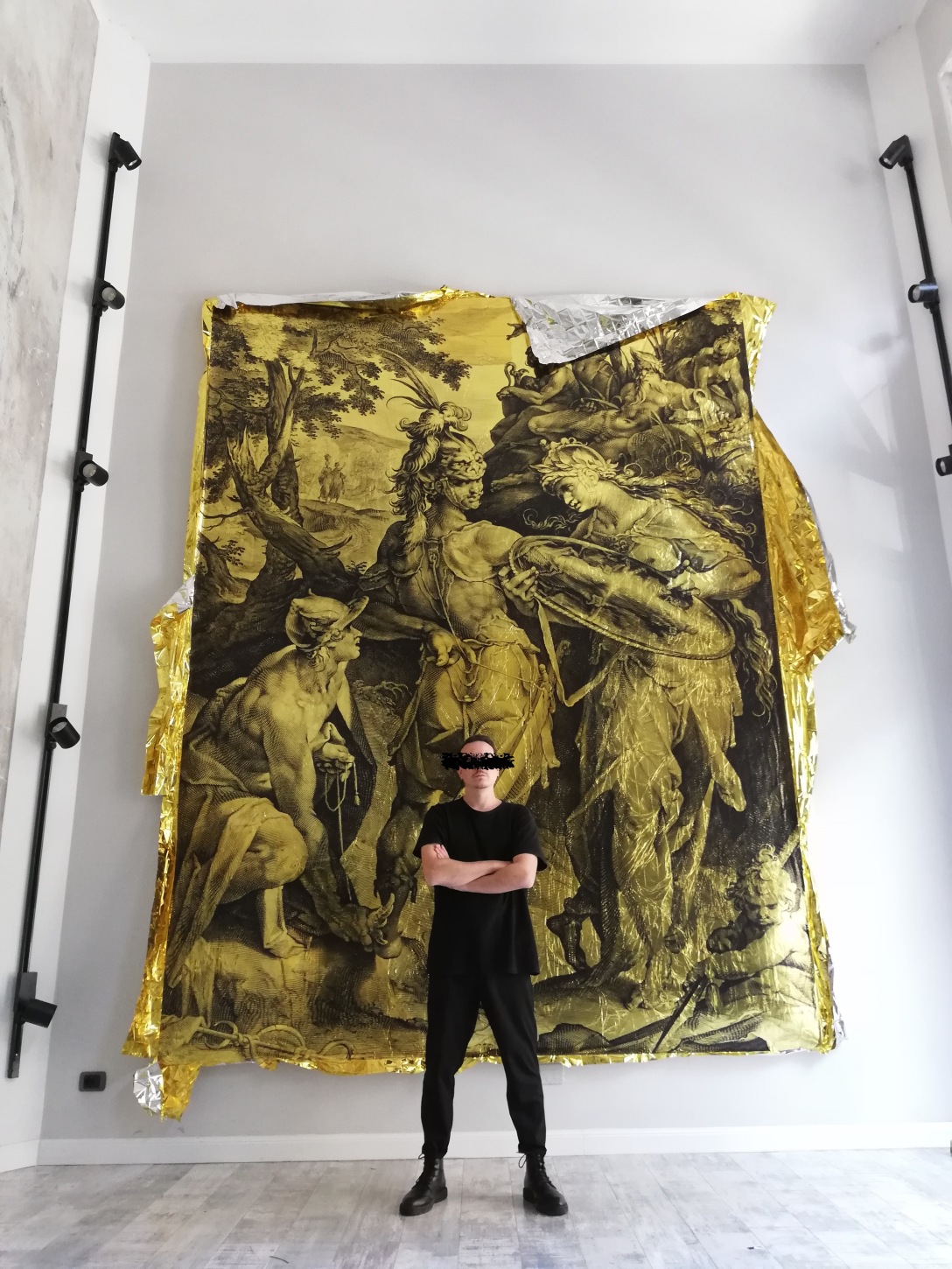 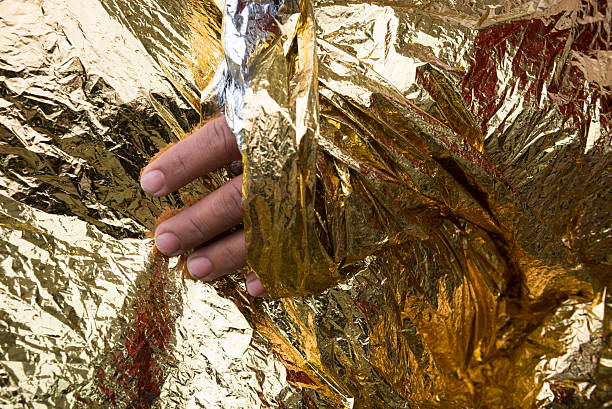 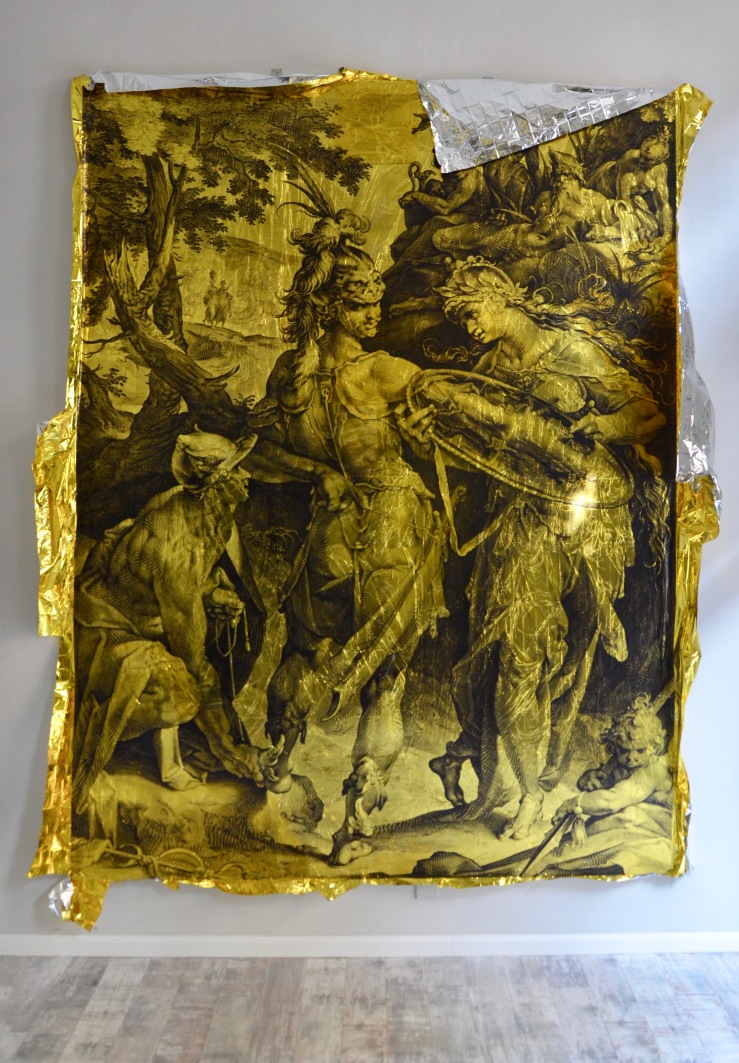 Leà opens its doors presenting “ERMENEUTICA chapter I”, a solo exhibition by the Milanese artist Fabio Weik, curated by Valentina Bizzotto.
“Ermeneutica” is the first chapter of a controversial journey across ancient Greece and our times, where the artist acts like a contemporary hermeneut who uses art as the key to interprete the human condition.

With this series of artworks Fabio Weik investigates the refugees journey, comparing it, through a visual provocative pararellism, with images from the greek mythology inspired by catouches from the 1500. The dramatic aesthetics of the classic iconography of the ancient myths stands out from the golden surface of the emergency blanket in a dualism between subject and matter, cause and effect.

The “survival blankets”, donated to refugees during the rescue operations, as first garment to protect themselves from the freezing temperature that the journey through the seas implies, become the symbol and the witness of the journey itself and, at the same time, an actual media used by Fabio Weik to depict the characters of the classic mythology as a metaphor of current events.

Big site-specific artworks four meters high, hang over the viewer who is projected in a legendary universe inhabited by Mars, Neptune, Hermes, Psiche, Galatea, Arion and the Argonauts painted with marker lines or printed and reproduced by hand with a Wacom tablet, a reference to the first printing engraving processes. The historical representations permeated of current meanings provoke an emotional short circuit when we realize that the dynamics of human history remain unchanged despite the passing of centuries.

Mars, the equivalent of the Greek deity Ares, god of war, of battles and bloodshed represents the power, the force of nature and youth, devoted to military practice. In this sense it is related to the ancient Italic practice of Ver Sacrum, the sacred spring: in tough times, the citizens would take the sacred decision of sending away the new generation from the country as soon as they became adults, hoping that they could find a better future somewhere else.

Poseidon or Neptune, god of seas, currents and earthquakes, the one to pray to for sailing in calm water and finding new and good land where ships could berth. The adventurous journey of Argo, the first ship ever to sail the seas, carrying the 50 Argonauts directed toward the hostile lands of Colchis to recapture the golden fleece.

Hermes (Mercury for the Romans, god of commerce and thieves), god of travel and protector of displacement, also accompanied the spirits of the dead to the afterlife. The chosen subjects depict the moments and obstacles of a journey as in the case of Poseidon who, carried by sea horses, creates storms or Mars, god of War, from who the peoples flee at all costs.

The sea plays the antagonist against the dream of the immigrants to reach a land free from conflicts, seen as the Olympus and, their costly journey is often run by deception and fraud, pointing out that Hermes, for example, is also the god of these. Not only do visual metaphors emphasize the dramatic side of the trip but also open to the sense of hope and trust born out of desperation, as in the depiction of the Argonauts or the Arion’s myth with a happy ending. Victim of a conspiracy to kill and rob him on board of the ship on which he was traveling, he is rescued by a dolphin and the ship’s captain is executed along with his crew once arrived at the port of Corinth.

If hermeneuts were mediators linking mortals to the gods of the Greek world, here the artist has the role of a contemporary hermeneut that tries to reconnect the masses, anesthetized by the repetition of news and clichés, to reality. In order to achieve this, Weik chooses the mythological images trying to maintain a similarity also in the aesthetic composition of the subjects represented based on the position of human bodies in the scene. He uses poses relatable to the most popular news images, such as in the work “Aylan Kurdi”, where the iconic photo of a dead child, exploited by the media, is represented in mythological terms as a young helpless Cherub accompanied by a mythological sad dolphin.

Hermes / the artist becomes a metaphor for every mind open to the risk, to the heroic power of deception and simultaneously foreshadows the role of the one who sees in the incoherence of the world the possibility of finding a unifying center, which can only be the thought itself. 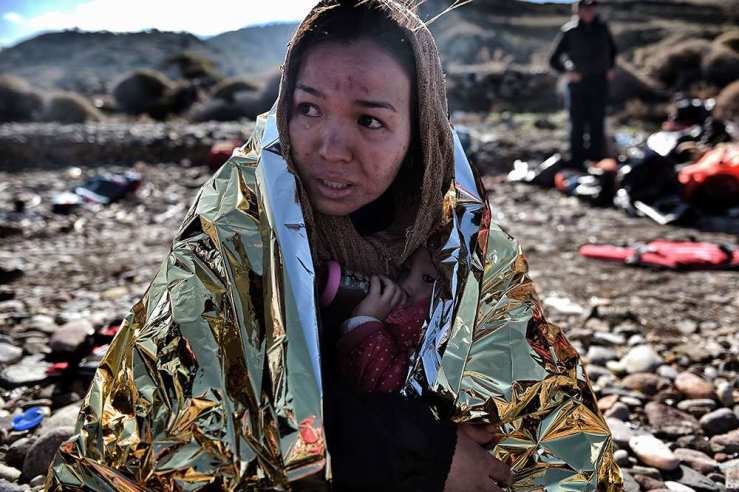 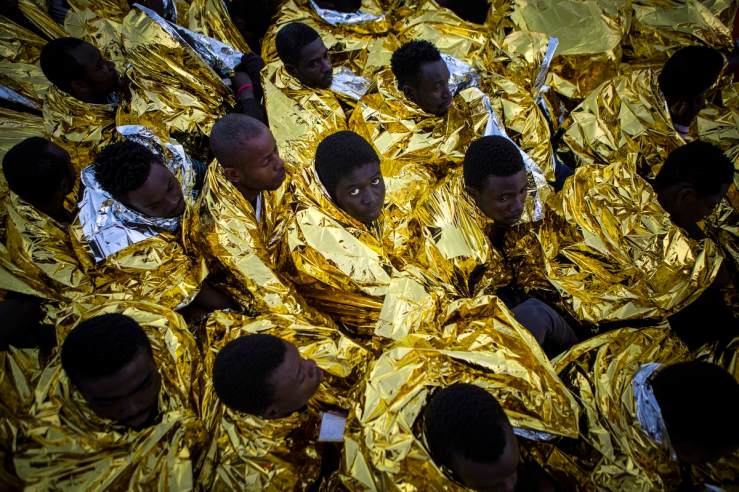 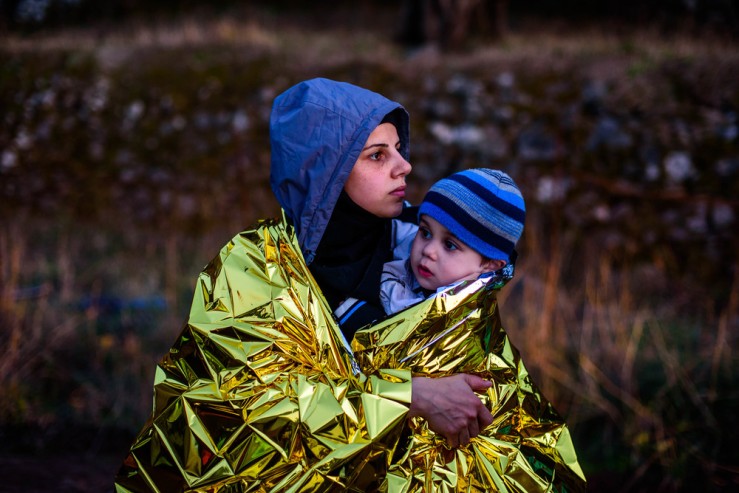 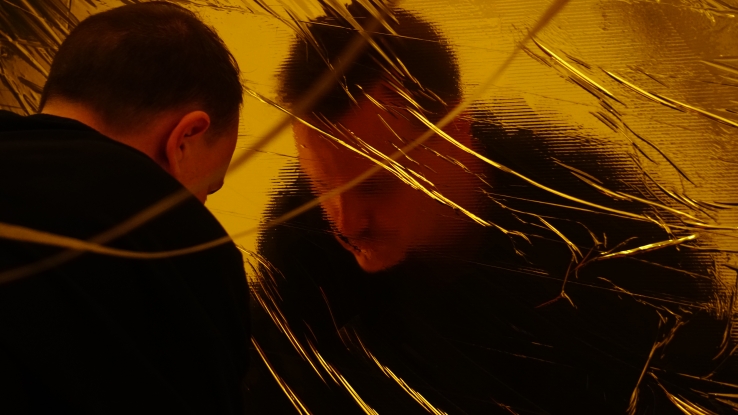 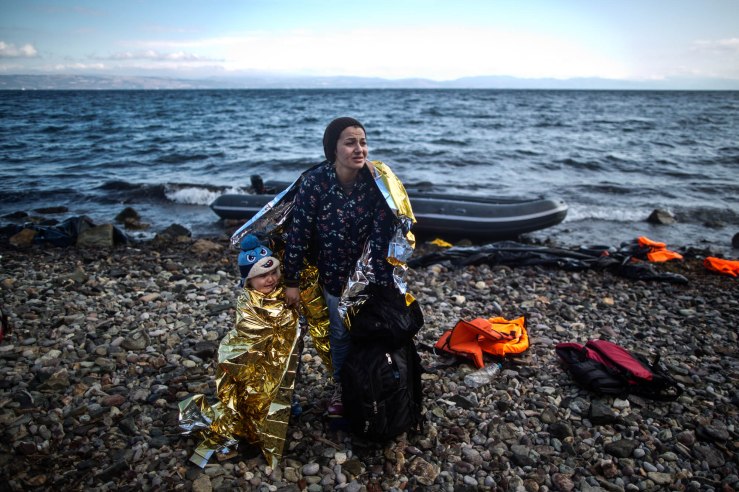