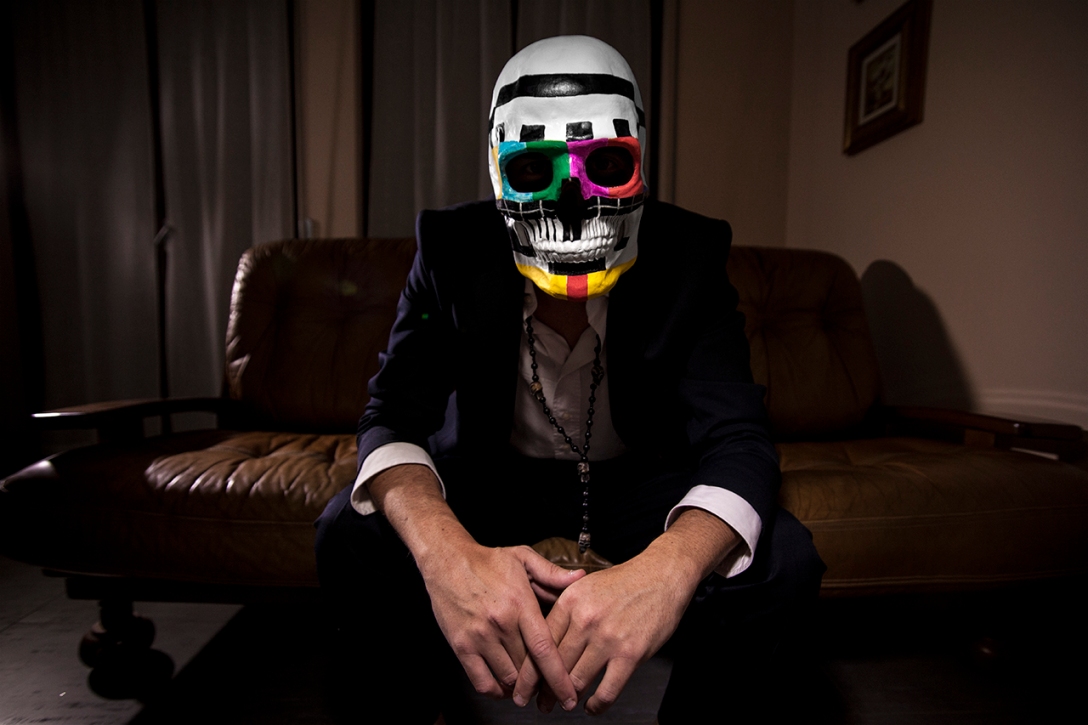 Graffiti Writer since 1997 and contemporary artist. Active exponent of the TDK crew, an Italian national historic graffiti crew, and founder of the Interplay crew, he participated in important urban projects, both in Italy and abroad, working closely with local authorities and international foundations related to Urban Art projects and regeneration. His underground identity remains alive in the streets and in his study of the lettering, but his desire to communicate with not just the underground public of graffiti pushed him to get closer to more institutional environments by experimenting with contemporary visual art media

The work of Fabio Weik reflects the current historical context and contemporary society dominated by mass media and television. Using symbols and popular icons, an artistic language based on the high pace of the message plus the conflicting aspects of the subjects represented, Weik’s paintings, videos and site-specific installations, are introspective at times but always with social references. The experimental techniques and the use of non-conventional materials such as acids, glass, powder, chalk and common objects contribute to displacing the viewer triggering a process of identification and reflection on the work’s themes.

His first artworks on isothermal blankets were presented in December 2018 during the exhibition “Basquiat, la Street Italiana e le Visioni metropolitane ” in Piacenza (Italy). His production ranges from metropolitan areas to public and private spaces, to the canvases, right up to high fashion. In 2009 he draws and intervenes on the garments of the A / MISSONI men’s collection thus establishing an original collaboration with Angela Missoni and her designers which turned into a friendship.

He is still collaborating with famous designers and embroiderers, such as Graziano Giordani, in a continuous research and testing of production with innovative materials. In 2010 his solo show Synergies at Fabbrica Borroni imposes his artistic vision, presenting controversial installations and paintings, attracting the attention of the mass media for the addressed issues.

By partnering with Theseus gallery in Milan, he exhibits in various art fairs (Affordable Art Fair, MIART), at the Milan Triennale and the Design Museum. In 2013 he started working with Cold Krash, Australian gallery, and the consequent exhibitions in events organized by private collectors in Sydney.

In 2014 he moved to Dubai where he participated to ART DUBAI and international graffiti events like STREET ART NIGHT. His personal “HORSES HEART” attracted the attention of the royal family Al Maktoum who acquired some works for their own private collection. He then began to work with galleries and museums in the UAE. In 2015 he was invited to create an installation for the China pavilion at WATERS 2015 an event hosted by the Venice Biennale in association with EXPO2015. He currently lives between Milan and Dubai, where he also works as an artistic director of cultural events. He works and is represented by galleries in Milan, Dubai, Beijing, Marrakech, Stockholm, New York, Paris, Spain and Australia.

2010  “BEYOND THE CITY WALLS”, Palazzo Orsini curated by Valentina Laneve and Fabio Weik

2010 DUCATIMILLE re design for interior design